In case you missed it, The Saturn III may be returning to our humble dimension! Last Sunday, the 9th at exactly 9:00pm, the trio released a brand new song: “Shooting Star No. 9” via SoundCloud. Have they finally escaped the black hole to which they were seemingly lost…?

Their latest transmission came on the heels of a curious tweet earlier in the day (3:00pm, of course) which questioned the band’s own existence, so who knows what sort of state they’re in… What we do know for sure is that this track is the fastest of their catalog, bolting off the line at Mach 5 and clocking in at just shy of 2½ minutes. Perhaps, this newfound speed is what pulled them away from a cold, quiet fate. Listen now and stay tuned. There could be plenty more to come…
Posted by DeaFM Record Co. at 16:37 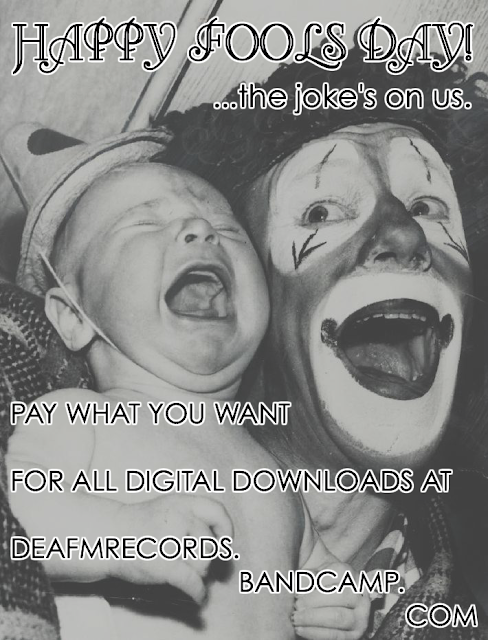 HAPPY FOOLS DAY! As always, the jokes’s on us… PAY WHAT YOU WANT for all digital downloads via http://deafmrecords.bandcamp.com

The Lone Sum - "Everything Dies In This Heaven" [Single] 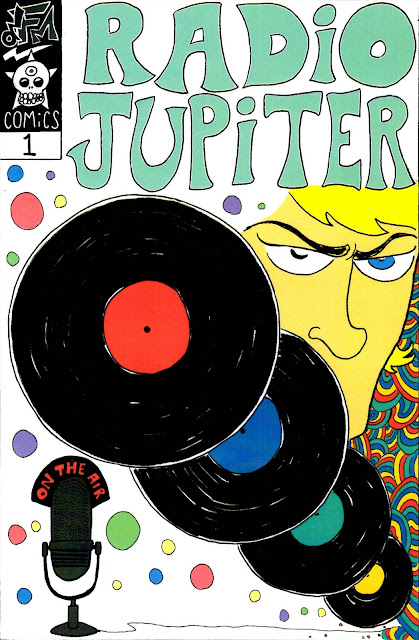 We’re big fans of independence - us being an indie record label and all - and our love extends far beyond just independent music. We love all independent thought, especially when that thought becomes art and that art combines a whole heaping helping of our favorite things. With that said, it is our sincerest pleasure to proudly present our very first independent comic! Ladies, gentleman, unidentified alien lifeforms… We give you “Radio Jupiter“.

Written and illustrated by wonderful weirdo Wesley Griffith with colors by Danny•Duoshade, Issue #1 of “Radio Jupiter“ is a 40-page comic jam, featuring the dapper interstellar DJ Roy Jupiter and his crew aboard the starship Mando. Ages after Earth has ended and humans have inhabited the stars, Roy and company are on a quest to retrieve a lost record that could save yet another world doomed to extinction. Along the way, they’ll meet a cavalcade of cool creatures, including diabolical villains, ferocious monsters and space-age legends. Will Roy and his crew succeed or sink hopelessly into the void along with the planet they aim to protect?

Read the first ten pages HERE, then order your copy of the full story via Bandcamp. Copies are LIMITED! Do not miss your opportunity to join the adventure. This ship is blasting off big time and you can bet there’s plenty more excitement set to land sooner than later. Can you dig it?
Posted by DeaFM Record Co. at 14:40

Man-o-man, has it been a hot minute... And it’s certainly hot here at our desert HQ. Can you believe we’re already half-way through the year?! Time sure does fly when you’re rocking out. Since we never recapped the previous year like we usually do in January, allow us to take another minute to remind you what we did then, along with what we’ve done so far this year...

We started 2016 with a “cheap” single by The Lone Sum. It’s a swingin’ little number and you can pay what you want for it right now! Since one good single deserves another, we followed that up with a pair o’ tracks from our favorite villains The 45 Syndicate. A-Side “Blue Flower” is a cool surf nugget engineered to set you up for the kill before “Big Fire” blows the scene with a groove you couldn’t cut with a sword. Finally, the much anticipated full-length LP from The Saturn III was released upon the universe in strictly physical form. It includes all your favorite fuzzed out frequencies plus three exclusive tracks, packaged in a special three-sided sleeve with cover art and a fold-out mini-poster illustrated by our main man-beast Wesley “Get Off The Unicorn” Griffith. There are only 33 of these beauties in existence. Don’t sleep on your chance to claim a copy!

... So that was last year, but what’s happening now? Well, we do have some pretty fantastic aces up our pockets for the future, but thus far, 2017 has yielded another slick single from The Lone Sum, written for a girl who undoubtedly has no idea it exists and probably wouldn’t care if she did. Hear it above and formulate your own idea, then download it via Bandcamp. While you’re at it, snap up the second set of sounds by The Dead Gear. It’s dark, heavy and hits twice as hard as their debut. These songs bleed black and white, but they’re the Blues through and through. Listen below...


That's all for now, but stay tuned. As always, the weirdest is yet to come!
Posted by DeaFM Record Co. at 15:54 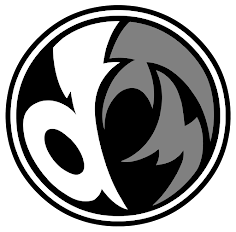 DeaFM Record Co.
Operating out of a super secret desert bunker, DeaFM Records was founded by the diabolical Danny ● Duoshade as the low fidelity home for noisemakers such as The Lone Sum, The Saturn III and The 45 Syndicate.

The Dead Gear
The Thegns Of Io.
The 45 Syndicate
The Saturn III